We took a deep breath and took our baby girl to LONDON! Jim shot the first part of an ad campaign there, and asked if we wanted to join. My first reaction...NO WAY. At home, we've got our routine down, she's comfortable, there aren't germs everywhere, she has her own room to sleep in, there's no time difference (and on and on). Why mess with a good thing, you know?

But we're only given the chance to live this life once. And to be able to take my four month-old baby to stay in one of the best hotels in one of the greatest cities in Europe? The person I want to be, and the experiences I want to give my baby don't come from saying no. 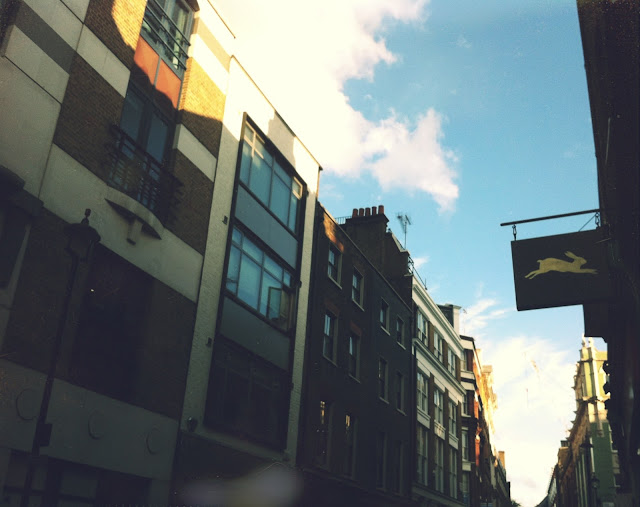 So, we loaded her up and I decided to think so positively about this trip that no matter what happened, it would be great. And it was. 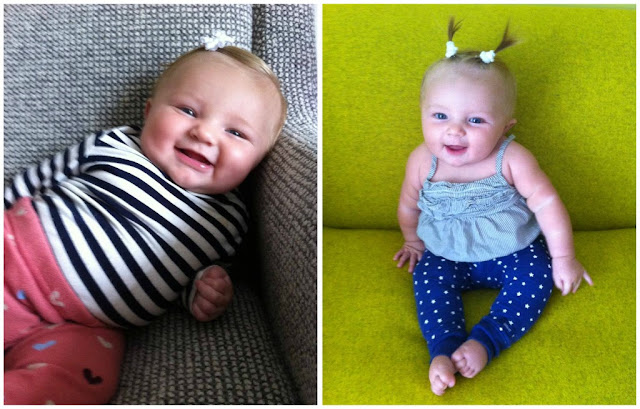 These flights were her fifth and sixth. And for this mama, a little experience went a long way in making me feel more confident with travel. This time, I knew what to pack (enough diapers, a few toys and clothes, swaddle blankets, a good stroller & carseat, bath soap -but little else) and what to expect. 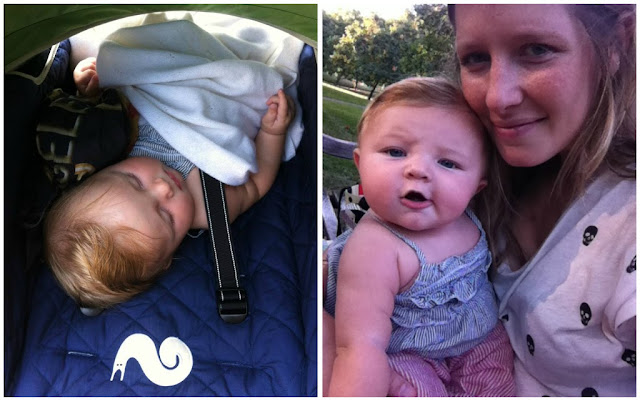 The flight to London was at night, so she slept for the bulk of it. We splurged a little by buying her a seat, then took her carseat on the plane so she could sleep in that while I slept too. A big bonus of doing this was the extra room it afforded us- always a commodity on planes. On the way home, she and I flew solo while Jim went to Dublin. I was so intimidated, but she did great (other than that time I took her into the bathroom and the toilet flushing freaked her out, and then when the flight attendant tried to hold her). We did a lot of walking in the aisles and even more breastfeeding, but I got to watch a full movie while she slept for three short bursts, so I'd call that a success:)

As for crossing time zones, the plan was to stick to our Moms on Call routine while keeping her on EST(ish). She and I could sleep in until 7am EST (noon GMT) while Jim went to work. We did for the first few days, but then she semi-adjusted herself to London time. I think the travel was exhausting for her, making her little body naturally fall behind a few hours. Her naps got a little wonky while there, but were nothing a good night's sleep couldn't cure. She's such a rockstar baby. 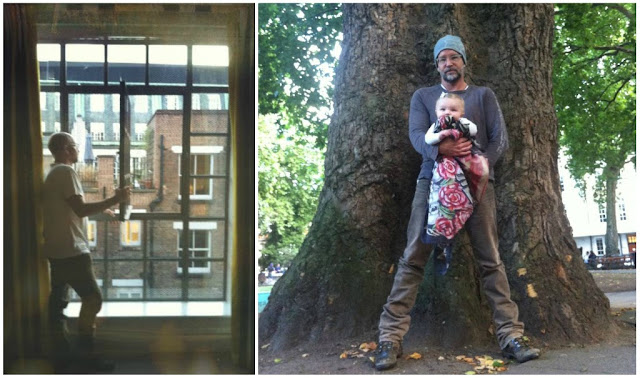 The best part about taking her to London was watching her react to city life. So many more people and cars and smells and sounds than our home on this dirt road! Her little head swiveled back-and-forth taking it in. 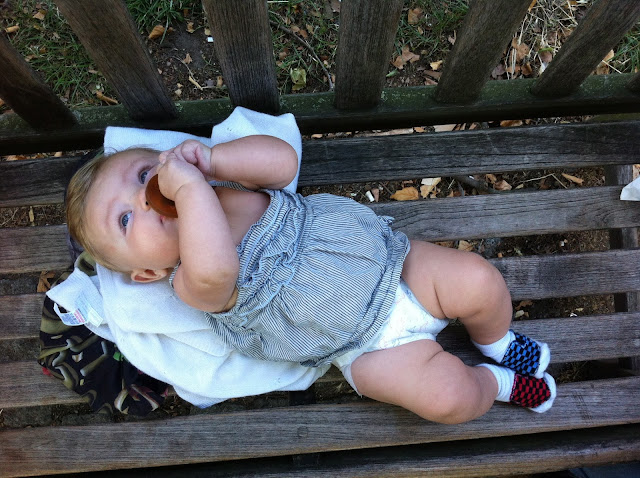 While Jim worked, Luca and I strolled around. (Fancy umbrella strollers are the way to go... SO worth the money.) We people-watched in Hyde Park, visited Liberty (like five times), ate quiche and brownies daily, freaked out a little over the Parthenon columns in the British Museum (so cool), drank coffee in Soho Square Gardens - a cute little park near our hotel,  lit candles in a tiny church to bless our family, and even did a little co-sleeping:). Then, when Jim got back, we ate good meals and took big-girl baths. 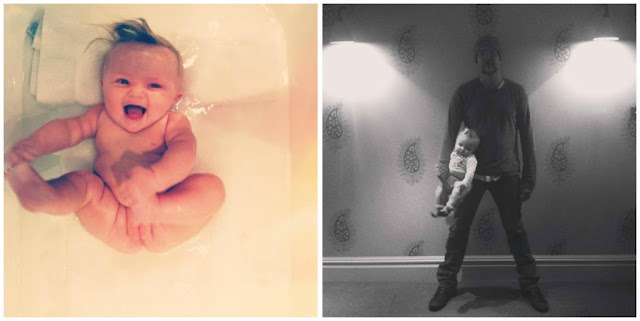 Would I recommend intl travel with a baby? Oh yes... certainly to show your baby the world, but also to face your fears head-on and to make you appreciate your home even more. We're glad to be back!